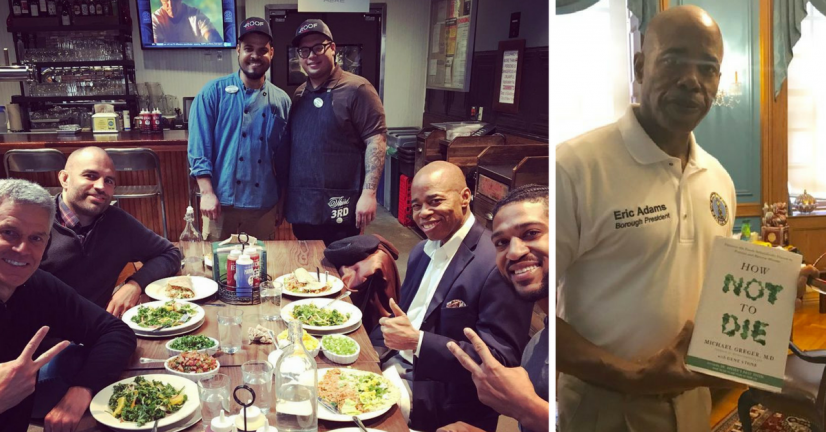 Eric Adams, Brooklyn’s President, can’t seem to figure out why some people think switching to vegan, is so hard, when there are 1,000s of edible plants, and just as many ways to combine them, for an almost infinite number of dishes!

Adams said “We cannot continue feeding our children substances that are scientifically proven to increase their chances of cancer later in life,”

He continued to say “Chicken nuggets and sloppy joes are in the same class of substances as cigarettes. We know that we would never give our children cigarettes to smoke, so there’s absolutely no reason why we should continue poisoning our children’s health with processed foods.”

Cabrera backed up Adams, explaining, “I’m introducing this resolution today to protect the health and well-being of New York City’s children. On a personal note, I made the choice to adopt a plant-based diet to protect my own health, so I firmly believe that we must do all that we can to ensure that our children eat properly.”

The Coalition for Healthy School Food, supported by Adams, is a youth-driven initiative that worked with all 1,200 NYC public schools to add at least one vegan option to their menus.