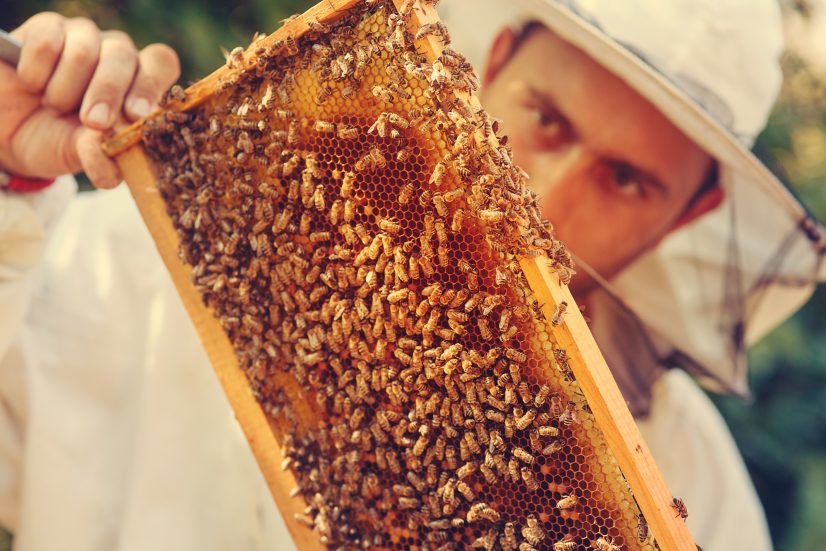 Many people who are new vegans (and some who aren’t) don’t realize that eating honey produced by bees is actually off limits in the vegan world. When the term vegan was invented in 1944 by Donald Watson he said:

Veganism is a way of living which excludes all forms of exploitation of, and cruelty to, the animal kingdom, and includes a reverence for life. It applies to the practice of living on the products of the plant kingdom to the exclusion of flesh, fish, fowl, eggs, honey, animal milk and its derivatives, and encourages the use of alternatives for all commodities derived wholly or in part from animals.

Bees always make honey, so what does it hurt if we humans take a little for ourselves? Well, the same could be said of animal milk and eggs. The problems arise because their health is sacrificed when we harvest any of those things for our own use. Bees on honey farms are usually treated very poorly and are constantly being stressed due to transportation and honey collecting. Wings and legs are torn off, sometimes on purpose. It is common practice to cut of the wings of the queen bee so that she is unable to leave the hive. On top of this, often times the bees are left with no honey for themselves. Instead they are given a sugar substitute that is not healthy for them.

Thankfully there are some great vegan honey options on the market. They are typically made with things like beet sugar, concentrated apples, and lemon juice. They even come in different flavors like ancho chile, slippery elm, and mint. Each bottle of vegan honey that is purchased instead of normal honey can help to save over 7,000 bees!

Without bees our ecosystem will fall apart. Here are some other great ways you can help to save our bumbling little friends.