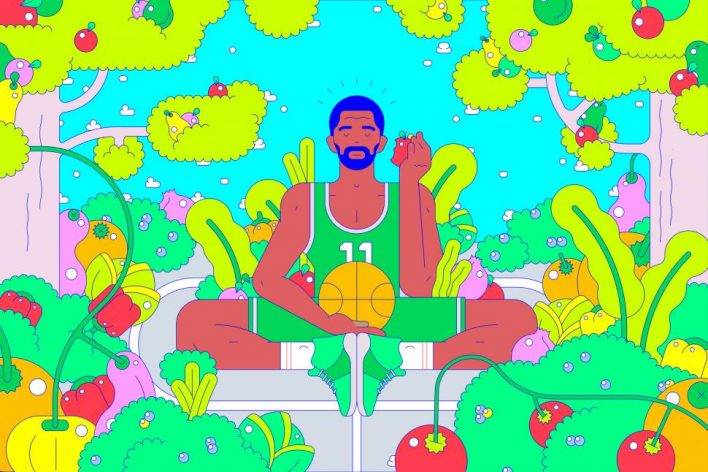 Chicken wings are vanishing from the locker room. Superstars are slimming down—and speeding up. If 'skinny ball' has arrived, could the performance-enhancer sparking a revolution be...veganism?

Kyrie Irving is right there, on top of the basketball world circa November 2017.

The M-V-P chants shower Kyrie Irving as he toes the line for two free throws. The point guard is putting the finishing touches on a 35-point masterpiece against the Atlanta Hawks, and the crowd bellows with praise from every corner of the arena.

I'll save you the details but Irving is that good.

He looks like a Harlem Globetrotter and Houdini all in one, darting and dazzling through Atlanta double-teams from start to finish. Down the stretch, he's masterful.

But there's something different about Kyrie right now...

This development has caught the eye of some basketball people and health fanatics around the NBA.

After a preseason game on ESPN, Irving announced something intriguing to Chauncey Billups and the NBA Countdown crew, who noticed how much...thinner he looked. Irving told the broadcast team:

"Been on more of a plant-based diet, getting away from the animals and all that,"

"So my energy is up; my body feels amazing."

So, is it possible that the secret to Irving's hot start is...that he's gone vegan? 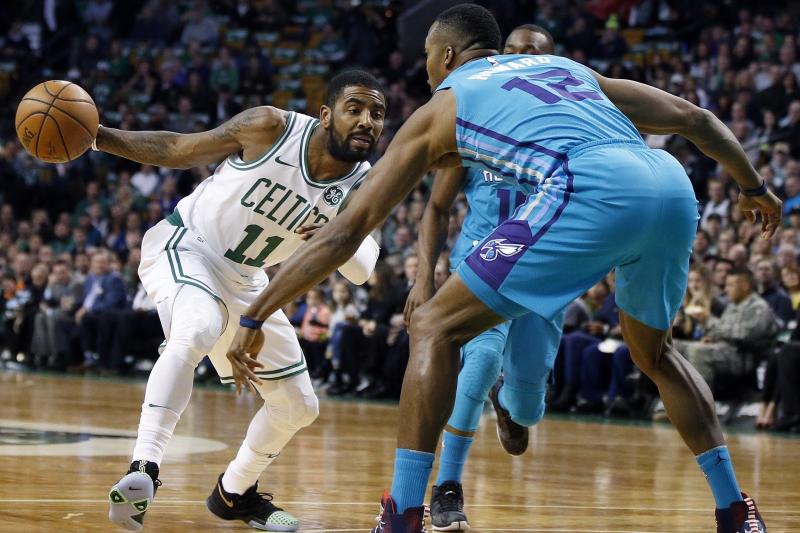 The rise of plant-based diets in the NBA follows a worldwide uptick in meat-free meals. According to research firm GlobalData's report, 6 percent of U.S. consumers identify as vegan, up from just 1 percent in 2014. In the United Kingdom, veganism rose by 350 percent from 2006 to 2016, largely from the country's younger demographics.

And now some of the NBA's very best have ditched meat. So, is veganism the NBA's new performance-enhancing diet? Is this even a thing? Or is it just an empty-calorie fad aligned with the league's shifting stars and skinny point guards?

"Steak? Nah, I don't eat that," Irving says as a parting shot. "It doesn't come from anything natural, so why would I eat it?"

So if you're an athlete, gym junkie or just enjoy a healthy & fit lifestyle overall...Don't hesitate to go vegan!

Deja Vegan's philosophy is to spread the message that yes, you can still be vegan and be into fitness. That's why we are putting together the best and healthiest vegan products out there for you!